This page contains information on various places of settlement in the parish. Some ancient forts and most early buildings no longer survive, but information about quite a few of them can be gleaned from a variety of sources. In addition, ruins and traces of numerous other sites can still be seen dotted around the landscape. Lastly, some old houses, structures and outbuildings still in use today can reveal much about how people lived in the past.

New items will be added to this page from time to time. If you have any information or photographs that you would like to share, do get in touch. 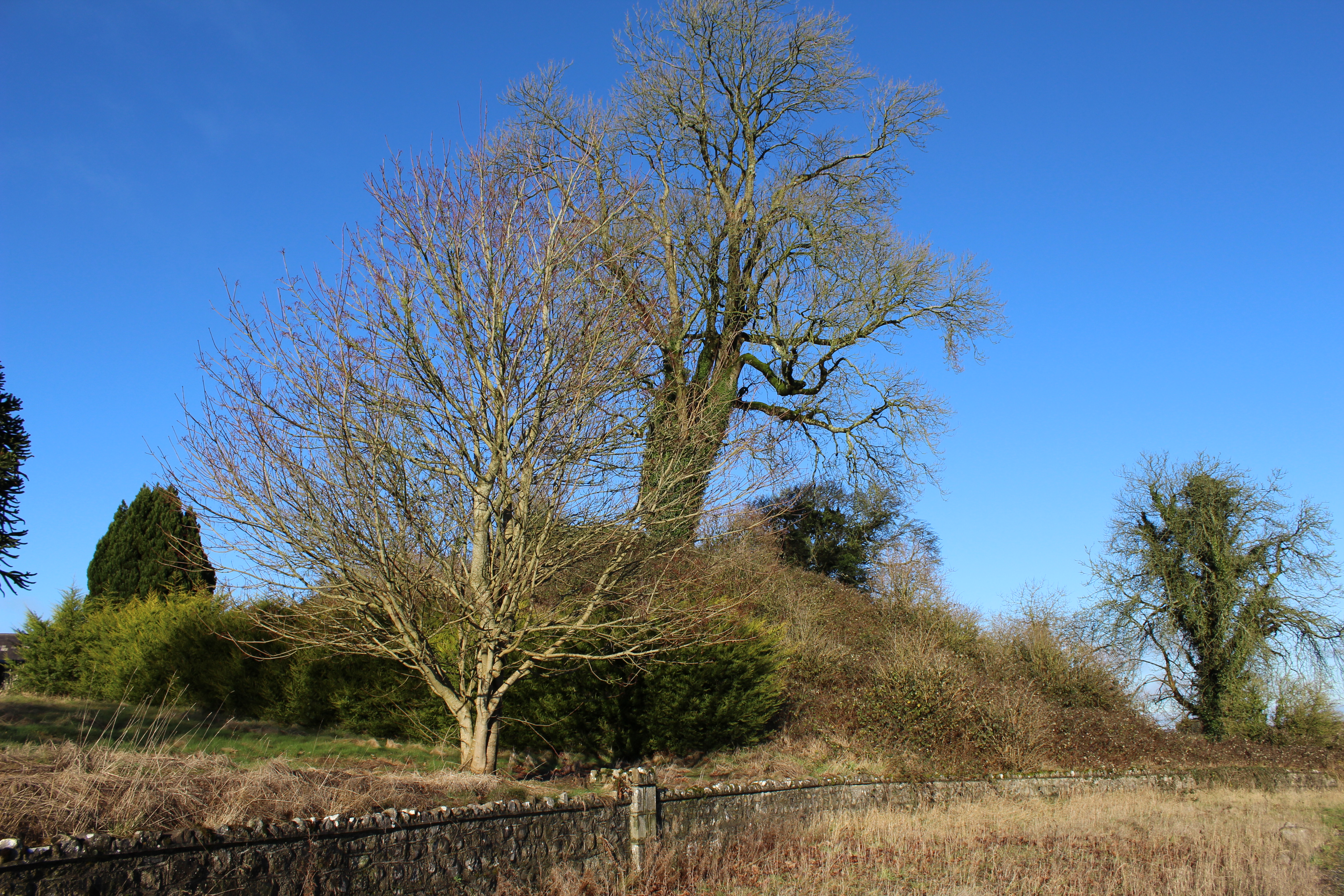 The several mottes built by Anglo-Norman settlers are just one of the notable features of the parish landscape. The image above shows the mound that stands in Drumraney townland.

Little or no trace remains or the various towerhouses and castles that were once dotted around the parish. These could be found at Ballycloughduff, Toorbeg, Low Baskin, Drumraney, Kilcornan, Killininny, Ardnagrath, Walderstown, Dunnamona and elsewhere. Most of these structures were built by the Dillons. It should be possible to compile more detailed information about these sites in due course.

A unique insight into two of these buildings is provided by surviving eighteenth-century paintings of the castles at Ardnagrath and Killininny. These were originally made by an unknown artist, perhaps Gabriel Beranger (c. 1729-1817). Killininny was a Dillon castle. A derelict house now stands on the site, adjacent to the G.A.A. Park. Ardnagrath was also a Dillon settlement before it was taken over by the Bertles family, who were Cromwellian settlers. In the late eighteenth century it passed by marriage to the Hatfields, and subsequently to the Grays.

Copies of the original images of these two castles can be viewed at the UCD Digital Library. The National Library of Ireland also has a copy of the Ardnagrath painting, made by Joseph Turner in 1794. You can view it online here.